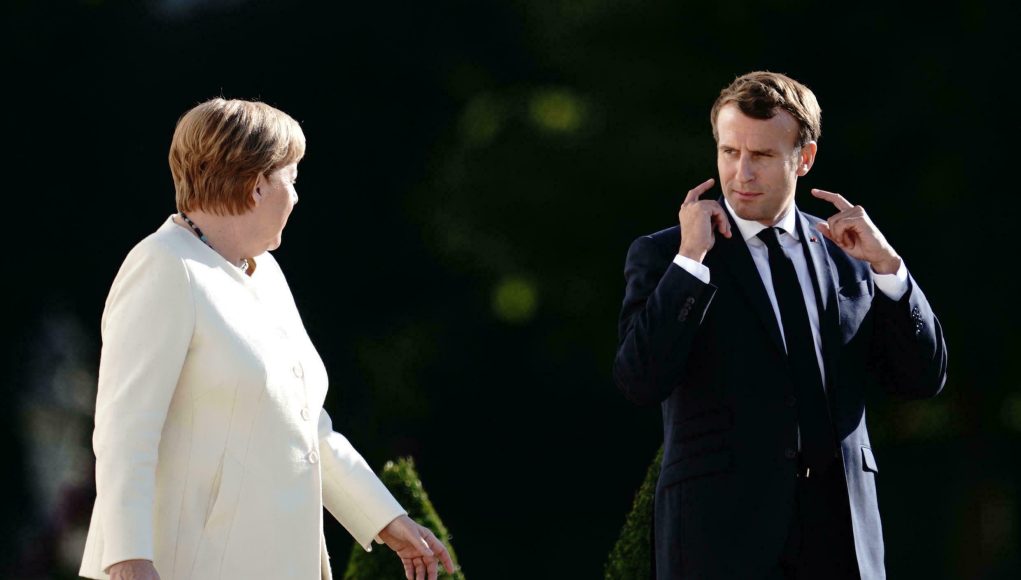 The glaring hypocrisy of EU leaders in their criticisms of the United States is compounded by their failure to resolve the expanding conflicts in the Balkans. Following the signing of a trilateral security pact between the U.S., Australia, and the UK, the voices of “European strategic autonomy” are again echoing in the EU. Led by an angry French government, whose submarine contract with Australia was aborted, Europeans are told that the U.S. is unreliable. Meanwhile, conflicts in the Balkans are expanding, the EU is powerless, and America will again become essential in resolving them.

French verbal attacks on the U.S. are both mendacious and hypocritical. While America’s military muscle holds NATO together and deters any direct Russian military aggression against EU states, Germany conspires with Russia on energy deals over the heads of its EU neighbors and France has outraged all NATO allies along the eastern front by pushing for closer relations with Moscow.

Although French governments regularly complain about Washington’s role in Europe, in reality it was France that created one of the most notable crises in NATO history by unilaterally removing itself from NATO’s integrated military command between 1966 and 2009. And the notion of “strategic autonomy” and the creation of a “European army” has been parroted by successive French administrations even though the concepts lack substance, practicality, resources, and pan-European support. They also undermine NATO cohesion and threaten its military capabilities.

France is not viewed as a reliable ally in the Central and East European capitals that directly face military threats from Moscow. Paris has tried to punch above its weight since the UK departure from the EU, but President Emanuel Macron’s attempts to replace Chancellor Angela Merkel as Europe’s primary leader are widely dismissed as arrogant. If France is to gain support among the most pro-American countries such as Poland, the Baltic states, and Romania, then it must cease its gullible approaches toward the Kremlin and demonstrate that it will defend its allies as resolutely as the U.S. does. Its contribution to NATO defenses is dwarfed by Washington and it has still failed to reach the required 2% of GDP on defense spending.

Since the collapse of the Soviet bloc, Paris has consistently demonstrated its disdain for the new democracies. It did not initially support their NATO membership, fearful of upsetting Moscow. It wanted NATO to wind down its operations at the end of the Cold War in the belief that Russia would become a partner for Europe. And in 2019, Macron dismissed the Alliance as “brain dead.” Moreover, France did not support EU enlargement and it continues to oppose the inclusion of West Balkan countries, as evident in the failure to launch accession talks with Albania and North Macedonia. An internal document released on the eve of the October 6th summit between EU and Balkan leaders asserts that membership for the six West Balkan countries can no longer be guaranteed because of fears of a political backlash in member states.

France’s proposal that the EU should reassess its relationship with the U.S. also plays into Vladimir Putin’s hands. The Kremlin tries to leverage the larger EU states against Washington and counts on France to be a persistent troublemaker. French delays in forging trade pacts damage trans-Atlantic relations and also undermine the emergence of a common Western front toward a resurgent China. Washington is eager to align U.S. and EU regulatory and trading positions toward Beijing to contain its penetration of Western economies. The more Paris sabotages EU-U.S. cooperation, the more it will reinforce the view in othermember states that France not America is untrustworthy in promoting trans-Atlantic security.

EU hypocrisy extends beyond France. The Union failed to censure Berlin for its collusion with Russia over the Nord Stream II gas pipeline, despite intense opposition from Central Europe and Ukraine. The pipeline project undermines Europe’s energy securityand weakens its political independence. If the EU follows the French agenda to limit links with Washington, then it will be engaged in strategic suicide by helping forces who seek to dismantle the Union. The uncertain policies of the next German Chancellor and government coalition will ensure further stress tests for trans-Atlantic relations.

The looming failure of EU policy in Europe has been on display along the Serbia-Kosova border where President Vučić is exploiting the license plate dispute to stir conflict and threaten a new war. Meanwhile, EU leaders and diplomats issued the customary appeals for restraint that everyone in the Balkans remembers from the 1990s when the anti-civilian wars erupted. Although an interim deal ended the blockade of border crossings by Serb protesters, the EU seems unable to impose the only lasting solution – mutual recognition of vehicle license plates. No doubt, the U.S. will again be needed to extinguish any ensuing fires.

The EU’s underlying failure in the Balkans is an unwillingness to recognize that Vučić is manufacturing disputes with Kosova, Montenegro, and Bosnia-Herzegovina in his pursuit of a mini empire dressed as the “Serbian world.” The less resistance he encounters in Brussels the more emboldened he will become. With Germany distracted by coalition negotiations, the UK absent, and the U.S. focused on a host of global and domestic crises, French disputes with Washington will simply encourage the Greater Serbia offensive.

EU leaders play into Vučić’s hands by claiming that relations between Belgrade and Prishtina can be “normalized” without bilateral inter-state recognition. By failing to counter Belgrade’s subversion of Montenegro’s independence and strengthening the integrity of Bosnia-Herzegovina, Brussels is inadvertantly preparing the ground for a new regional conflagration. And while Vučićclosely coordinates his increasingly assertive regional policy with the Kremlin, EU leaders seem incapable of comprehending how a new Balkan war would benefit Moscow’s neo-imperial and anti-Western agenda.