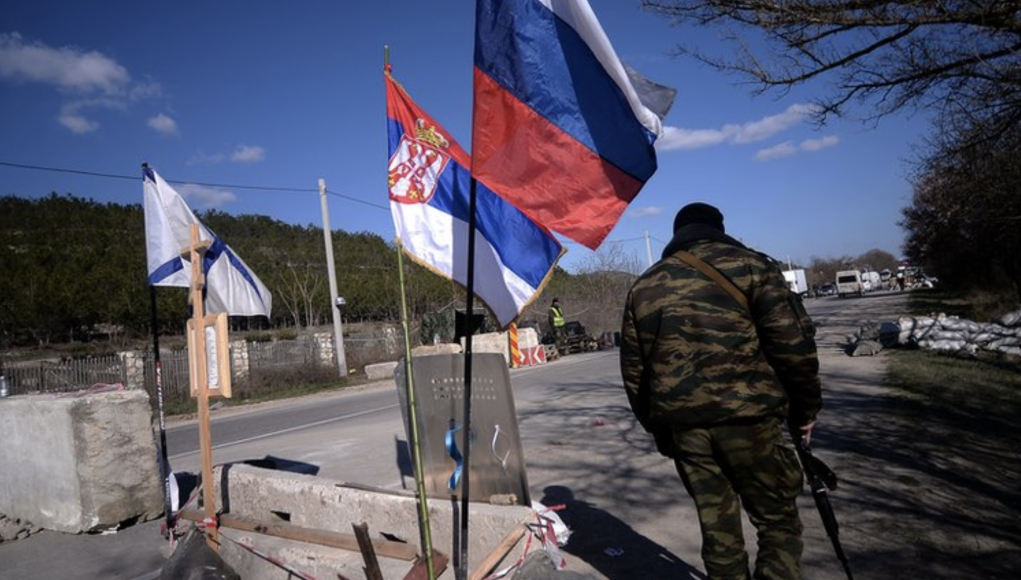 The next three months will be crucial in Ukraine’s war of independence from imperial Russia. The results will have profoundimplications for global security, Europe’s development, and trans-Atlantic relations. Not least, the consequences will have a direct impact on the future of the Western Balkans.

There are three possible outcomes of Russia’s invasion of Ukraine – a Russian victory, a Ukrainian victory, or a prolonged stalemate inside Ukraine. Russia has already lost several battles in its failure to capture the capital Kyiv and the second largest city Kharkhiv, or to dislodge and replace the Ukrainian government. However, Russian forces have expanded their control over the Donbas regionin eastern Ukraine and captured large sections of two other regions in southern Ukraine. Despite massive losses of troops and equipment, the Kremlin does not admit its weaknesses and Putin could still use substantial military reserves in the intensifying war.

A victory for Russia could be declared after the seizure of the entire Donbas. Putin could claim that his “limited military operation” had been achieved while disguising Russia’s inability to take any major cities He may calculate that the West would support a ceasefire even if that benefits Russia because it would ease pressures on European economies and prevent a direct confrontation with NATO. Moscow would then expect sanctions to be eased so that it could restore its own economy and rebuild its military.

The notion that the Kremlin is seeking diplomatic exit strategies in Ukraine is based on a delusion. Having staked so much on victory any retreat from captured territories is a defeat for Putin that will hasten regime collapse. Conversely, any settlement that leaves Putin in possession of territories gained through aggression is a defeat for the West, as it will encourage future military conquests once sanctions are eased. The surrender of territory in Donbas would also capsize the Biden democracy agenda, as it would effectively give a green light to carving out autocratic entities from democratic states.

The wider impact of a Russian victory in seizing a chunk of Ukraine would be to encourage other imperial powers such as China to actmore aggressively. In the broader Europe, it can embolden Moscow to expand its influence and encourage its partners, particularly Serbia, to pursue a more aggressive regional agenda. The Kremlinmay calculate that the West will be more willing to make compromises and push countries to surrender some of their territory or elements of their sovereignty to prevent another war. Western war-weariness in Ukraine could then translate into wider appeasement.

A prolonged stalemate in the current war suits neither Russia nor Ukraine. It would deeply drain their resources, destroy theireconomies, and deplete their militaries. International sanctions would not be lifted and Europe’s moves toward energy independence from Russia would continue. For some Western policymakers, a prolonged but low-intensity war may seem like a safer option, as Russia’s gradual military and economic declinewould reduce the risk of Putin resorting to nuclear weapons.

In stark contrast, a Ukrainian victory in the war would be ground-breaking, with positive effects throughout Europe, including the Western Balkans. Victory could be achieved in stages. First, Ukrainian troops better armed with long-range artillery, multiple-rocket launchers, tanks, and other heavy weapons would push back Russian forces from newly occupied territories to their pre-February positions. Second, as more military equipment is assimilated from abroad and new troops enter the battle zones the Ukrainian counter-offensive would liberate all of Donbas and destroy military infrastructure in neighboring regions of Russia that feeds the war.

A third offensive would be aimed at liberating Crimea, at a time when the Russian economy enters a severe contraction later in the summer and its military is incapable of replenishing troops and equipment to effectively defend the captured peninsula.

When it becomes clear that Russia has not only lost numerous battles but the entire war in Ukraine, Moscow’s global standing will plummet. Instead of a superpower, the country will be increasingly perceived as a weak state, an imperial impostor, and an unreliable ally. Russia’s current partners such as Serbia and the Serb entity in Bosnia-Herzegovina will then face a clearer choice – whether to support the loser or to acknowledge the winner. Moscow would be in a much weaker position to provide military assistance or diplomatic support for the “Serbian World” agenda although it may still try to stir conflicts to try and disguise its own failures.

One fascinating development will be Serbia’s domestic reaction to a Russian defeat, where much of the population still harbors illusions about its allegedly great “Slavic brother.” No doubt, denial and anger will take time to dissipate, with the glaring reality that Belgrade can no longer rely on Moscow to promote irredentism and deprive Kosova of membership of international organizations. Serbs in Bosnia will also feel more naked after Putin loses his emperor’s clothes in a failing Russian state. This will provide new opportunities to consolidate the integrity of Bosnia-Herzegovina and move toward NATO membership.

In the bigger picture, a comprehensive Ukrainian military victory that liberates its occupied territories would send a powerful signal that attacks on independent states end in failure, that war crimes will be punished, that NATO is united in confronting aggressors, and that the West is prepared for Russia’s implosion. Ukraine must therefore be supplied with all necessary weapons that will hasten its victory. Ukraine’s triumph will constitute a strategic victory for the West, as it would help demolish the last empire that threatens European security. The entire Balkan peninsula would benefit from Russia’s imperial defeat and face improved prospects for EU integration and economic development.

(Janusz Bugajski is a Senior Fellow at the Jamestown Foundation in Washington DC. His recent book, Eurasian Disunion: Russia’s Vulnerable Flanks, is co-authored with Margarita Assenova. His new book, Failed State: A Guide to Russia’s Rupture, will be published in June)