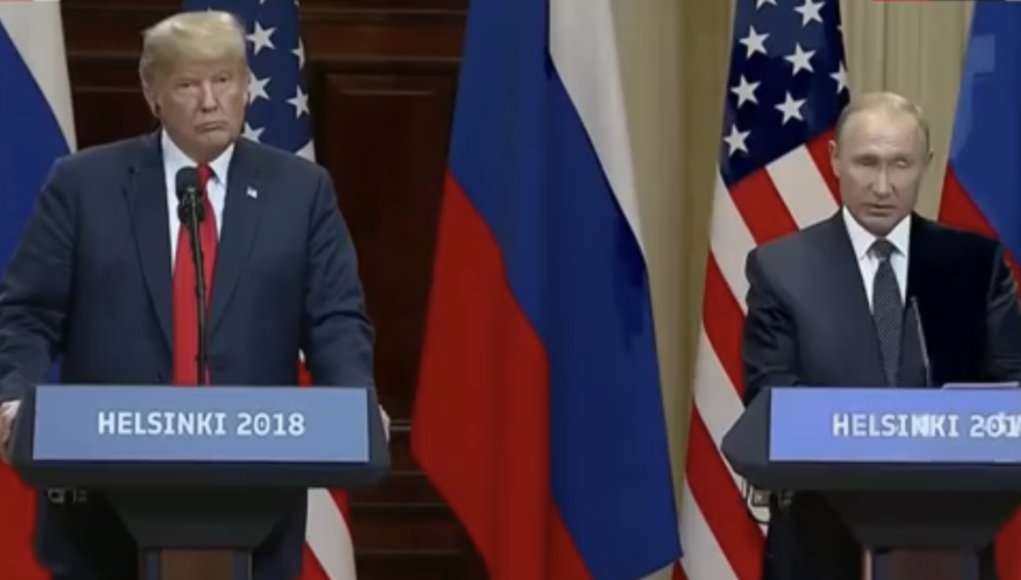 Moscow’s election interference is not simply an attack on U.S. democracy but a means to weaken America’s global role. Russian intelligence agencies are engaged in disinformation offensives crafted to exploit rifts in American society and depict the U.S. as an ailing power. The Kremlin favors the re-election of Donald Trump because he is seen as a disruptive force and a potentially valuable partner. But even if Joe Biden wins the presidency, Moscow will promote domestic conflicts to challenge the legitimacy of the U.S. system.

Polarization between Republicans and Democrats is so pronounced in the U.S. that foreign actors have space to infiltrate disinformation whether to help or discredit either presidential candidate. Partisan rifts are also reflected in a deeply divided electorate, which is susceptible to a range of conspiracy theories. This has become most evident in the growing popularity of the Q-Annon movement, reminiscent of medieval witchcraft accusations, in which the Democrats are believed to be Satan worshippers, pedophiles, and cannibals who will be unmasked and imprisoned by Trump. Delusion, unrest, and mayhem in the U.S. works to Moscow’s advantage in the escalating struggle for global influence. Disinformation is not an end in itself – it serves at least three geo-strategic goals, which the Kremlin magnifies through official channels and an army of digital disinformers.

First and foremost, Moscow seeks to discredit American democracy as a failing and fraudulent system. It highlights supposedelection rigging, illicit campaign financing, voter suppression, media bias, or whatever exploitable controversies emerge during the U.S. election campaign. It can also include more active measures by hacking or fabricating Emails or some other texts at opportune moments, as witnessed with Hilary Clinton during the 2016 U.S. elections. For several months, Russian intelligence has been active in supplying Trump’s advisors and allies with scandalous disinformation to defame Biden and his family. The purpose is to help Trump win the elections or to undermine the legitimacy of the incoming Biden administration.

Unlike in communist times, Moscow no longer trumpets its own system as idyllic but primarily seeks to widen any fissures in Western democracies so they are no longer models for Russia’s neighbors and allies. Democratic systems can be depicted and discredited as facades for racism, xenophobia, and class division. The U.S. is portrayed as having irreconcilable social fractures, whether based on class, wealth, ethnicity, color, religion, region, or sexual identity, and with deepening rifts between “red” and “blue” states that no administration will be able to bridge. It may even intensify its promotion of separatism in the American south or a more comprehensive disintegration of the United States.

A second related Kremlin goal is to discredit U.S. officials as hypocrites for criticizing crackdowns on dissent and other civil rights abuses in authoritarian countries. Russia’s government revels in the portrayal of America as a country on the brink of civil war and impending collapse, thereby justifying its own allegedly successful handling of domestic opposition and unrest that ensures stability.

Third, and most critically, Moscow is eager to diminish the U.S. role in the world not only as the beacon of individual freedom but also as a trusted ally. Trump has unwittingly helped Putin on various occasions by openly questioning NATO’s purpose and threatening to withdraw U.S. troops from various key regions, including Europe. Ongoing domestic unrest supposedly underscores that Washington will be too preoccupied with its internal problems to assist any of its allies in a time of crisis. Moscow also promulgates the notion of America’s growing weakness, as evident in its inadequate handling of the COVID-19 pandemic. This can bolster arguments that the U.S. is a fading power, that national sovereignty has prevailed over American globalization, and that “liberal democracies” are on the decline.

The lesson is that all states should curtail their alliances with the U.S. and instead look toward Moscow and Beijing as models and leaders. This theme also has a domestic component in the U.S. by tapping into brewing sentiments among the American public that Washington should scale back its global involvement and curtail its international alliances and focus on rebuilding the U.S. economy and ensuring health care in the wake of the pandemic.

Ultimately, political polarization, domestic unrest, and civil conflict in the United States are not the key objectives for the Kremlin. They are the primary means to achieve strategic victory. The main goal is to restrict the U.S. to its own hemisphere, diminish America’s international alliances, and enable authoritarian states to carve up the world into spheres of influence.

Putin calculates that if Trump is re-elected he will feel more unrestrained in applying his version of “America First.” No longer dependent on the U.S. Congress for his political survival, Trump would have a freer hand to disregard Republican lawmakers and his national security team, which has maintained a pro-NATO orientation. Ideally for Moscow, such a scenario could result in reducing America’s role in Western institutions, removing all American troops from Europe, lifting economic sanctions for Russia’s invasion of Ukraine, forging a strategic partnership with Putin, and even sacrificing much of Europe’s east to Moscow in a new Yalta-like grand bargain.

A Biden victory is less welcome in Moscow, as it would refocus Washington on intensifying transatlantic cooperation and could presage a tougher policy toward Russia, including more effective strategic pushback for its ongoing attacks on neighboring states. Biden could also capitalize on pledges to reform America’s law enforcement institutions by pursuing a wider campaign in support of individual liberty and ethnic equality. This would mean greater attention to Moscow’s subjugation of political opponents and the numerous nations that are politically imprisoned in the Russian Federation. And there could also be an element of retribution from the new administration for persistent Kremlin attempts to besmirch the Biden family and the Democratic Party.