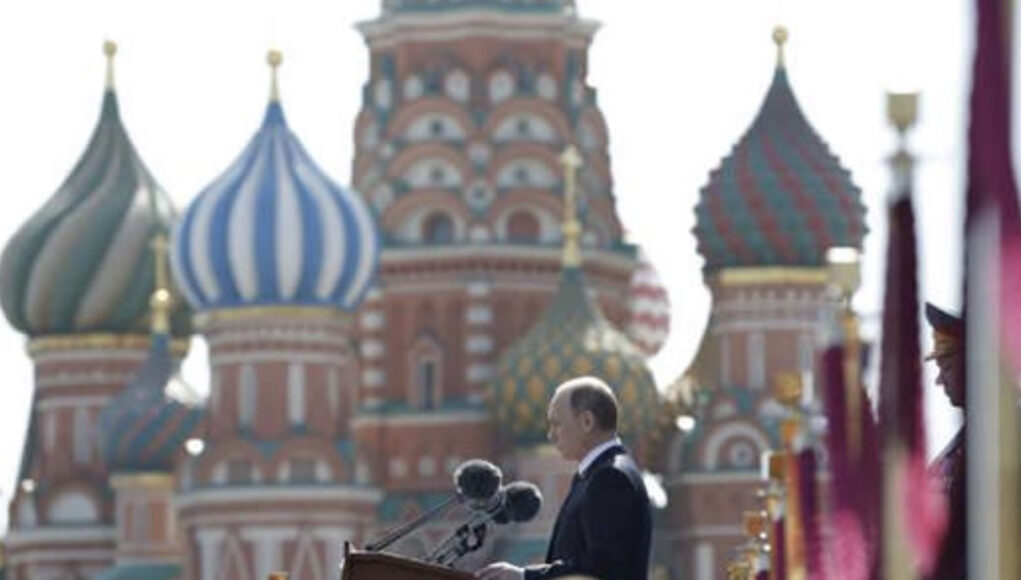 However much Western leaders may claim that they are not at war with Russia, President Vladimir Putin has made it crystal clear that Russia is at war with the West. A series of aggressive actions in recent weeks leave no doubt that the Kremlin is battling Western interests and aims to expand the Russian state at the expense of its neighbors.

Russia has reinforced its military deployments along Ukraine’s borders and threatening a deeper invasion. It has increased its maritime presence in the Arctic and persistently provokes its Western adversaries through overflights of U.S. and NATO ships in the Baltic and Black Seas. Such actions have at least four main objectives: to demonstrate that Russia is a global power, to apply pressure on targeted countries, to probe for soft spots in Western defenses and policy options, and to distract attention from growing internal turmoil in the Russian Federation. The danger is that Putin’s strategists and generals will sooner or later miscalculate and precipitate an armed conflict that will rebound against Russia.

Despite claims by some observers, we are not witnessing a second Cold War between Washington and Moscow, which was essentially a stalemate until the Soviet empire crumbled. Instead, the Kremlin conducts an international offensive to regain world stature, reconstruct a Muscovite empire, and divide the Western alliance. Putin presides over a revisionist regime in which the consequences of conflict between Russia and the West are less predictable than during the Cold War. Moscow does not recognize the independence or integrity of neighboring states that were liberated from its previous empire. The situation is reminiscent of the struggles one hundred years ago when dozens of nations sought independence from the collapsing Tsarist empire while the Bolshevik regime launched wars to reverse Russia’s imperial disintegration.

In rebuilding its dominion Moscow propagates the notion that Russia was “humiliated” when the Soviet empire collapsed. In reality, the liberation of independent nations ended their humiliation at the hands of the Kremlin and sealed their determination to avoid future subservience. Although the Cold War division of Europe into spheres of influence is obsolete, Putin’s officials are applying immense pressure on all former Soviet republics to abandon their Western aspirations and rejoin the “Russian world.”

Western officials claim there is no zero-sum competition with Russia over the allegiance of any European country. In reality, the fundamental conflict persists between the freedom to choose one’s international alliances and Moscow’s insistence on subordination. Putin’s Russia denounces Western integration as conflicting with its own historical, cultural, and geostrategic claims that the post-Soviet countries must remain outside all Western alliances. This would not only extinguish national sovereignty but threaten the democratic freedoms of ordinary citizens.

A credible trans-Atlanticism that marshals the strength of NATO and the EU must be geared toward ensuring the freedom of states throughout the Wider Europe, starting with Ukraine, Georgia, and Russia’s other immediate neighbors. If they fall under the control of the Kremlin kleptocracy then the vulnerability of countries to the west will also increase. It is imperative for Washington to grasp the leadership role just as it did during the Cold War, because EU policy remains divided and is perceived as weak and indecisive by Putin’s regime.

In response to Moscow’s cyber and disinformation attacks on the U.S, the Biden administration has imposed limited sanctions by blocking U.S. financial institutions from purchasing bonds or lending funds to Russia’s Central Bank or National Wealth Fund.The problem is that Russian authorities have learned to live with limited financial penalties because they do not threaten the survival of the Kremlin regime. If Washington is to effectively deter Kremlin aggression then Putin either needs to lose a war or to lose credibility.

To avoid military conflict Washington must bolster its preparations to prevent it. Moscow will hesitate in engaging in military probing if it sees Allied determination to defend its borders from the Arctic to the Black Sea. Washington has to strengthen NATO’s eastern flank and demonstrate that it can rapidly deploy a substantial military force to stem any Russian incursion into NATO territory.

Putin is less likely to launch a direct invasion of Ukraine if he believes that the U.S. and its NATO allies will provide equipment, intelligence, logistics, and other assistance to Ukraine’s military that will prove costly for Russian forces. At the same time, Putin will lose credibility if he cannot squeeze any political concessions from Kyiv or Washington despite incessant and costly military pressure. This will deflate his international reputation and even dampen domestic support for his policies.

A tough Washington strategy is essential in pressing Putin to desist from his foreign adventures and confront his growing internal challenges. At a minimum, the U.S. needs a “sanctions deterrent” to accompany NATO’s military deterrent. An extensive list of measures that would undermine the Russian economy and its elites can be issued. It would be triggered if Moscow engages in any other major international violations, including another attack on Ukraine. This can include unplugging Russia from the SWIFT financial payments network, sanctioning all Kremlin-linked corporations, and freezing the foreign assets of Putin’s entire inner circle and associated oligarchs.

Western politicians have long argued that they do not want to hurt Russian citizens but only to punish the elite. The problem is that in Russia’s system of power, the elite always passes the pain on to ordinary citizens and largely escapes the impact of relatively tepid sanctions. By imposing more comprehensive financial penalties, Western governments will give the Russian public an opportunity to influence the Kremlin. At some point the only solution to a deepening economic crisis will be to oust the regime. If Ukrainians can overthrow a corrupt and autocratic regime, then why not the Russians?