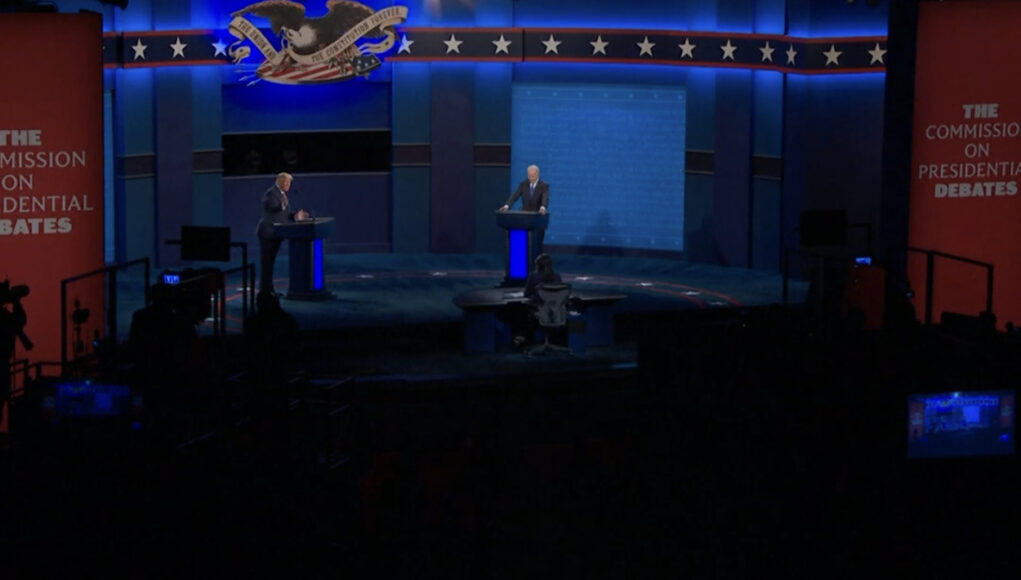 Despite the fact that the Balkans are being used as an arena for great power competition, and that ensuring a peaceful and prosperous Balkan peninsula is in America’s best interests, it is most likely that US involvement in the Balkans will not change, no matter who wins the election next week.

The future US president will have to deal with many domestic challenges before him: the pandemic, an economic crisis, and social unrest in cities around the nation. This will leave very little room for global challenges other than those already at the top of America’s international agenda.

Despite the many pressing issues today in the Balkans — the Serbia-Kosovo dialogue, the future of Bosnia and Herzegovina, Russian and Chinese malign influence in the region, and democracy backsliding — recent US involvement in the Balkans has been contingent on the region aligning with its foreign policy or domestic goals. Classic US liberal internationalism, including traditional support for alliances, democracy promotion, and an open global economy is in retreat. Although the US-led interventions in Bosnia and Kosovo brought peace in the Balkans in the 1990s, the recent Kosovo-Serbia deal in Washington, was seen as just another one of Trump’s tactics to boost votes before November.

The Trump administration’s isolationism, has influenced the US foreign policy agenda. This is seen in the “America First” trade wars, a skepticism and distrust of international organizations and multilateralism, and calls to reduce U.S. troop deployments overseas. Should Trump win a second term, it is likely that his aversion to “endless wars” and pledges to bring troops would continue.

Joseph Biden, who has been a US politician for more than 40 years, has pledged that the US will rejoin the Paris (climate) Agreement, pursue new trade deals, uphold human rights standards across the globe, strengthen the transatlantic partnership, revive faith in multilateralism, and discipline Russia and China. In other words, Biden is promising to be Trump’s opposite but whether his words will mirror his deeds is yet to be seen.

What does this all mean for the Balkans?

Russia is eroding Western influence in the Balkans through disinformation, particularly in Croatia, Montenegro, North Macedonia and Albania — all NATO members — in order to gain economic and political influence in the region. Though its loyalties are somewhat divided, Serbia’s government remains a key Moscow ally in the region. As Russia uses its bond with Serbia to undermine the EU and this Moscow-Belgrade relationship is the biggest obstacle to countering Russian pressure in the region. In Montenegro, Russian disinformation, aided by repeated cyberattacks on government institutions, was instrumental in the election of a new pro-Russian government. This pro-Russian government gives Moscow an ally not just within NATO, but potentially within the European Union. In North Macedonia, Russia spread disinformation prior to the name-change referendum that finally enabled North Macedonia to join NATO. In Croatia, the Kremlin is investing in critical sectors, while exploiting internal conflicts in Albania by fomenting political divisions. Bosnia is very vulnerable, and Russian disinformation campaigns have sown ethnic and religious discord in the country, in addition to promoting the secession of ethnic Serb regions from Bosnia. Moscow is challenging the status quo by trying to return Bosnia to the unrest of the 1990s.

It is unlikely that Trump will counter Russian influence in the Balkans. Biden has promised to be tough on Putin, but does not suggest that he will impose more sanctions than the Trump administration. It is possible that he will replicate Obama’s apathy towards the Kremlin. Russia’s troubling actions in Europe’s own backyard are not primarily America’s problem, and the EU should be more active in countering Russian influence in the region.

China has recently emerged as a significant actor in the Western Balkans, making the region more strategically important. China’s “mask diplomacy” was very successful as President Vucic was seen kissing the Chinese flag and calling European solidarity a fairy tale. Given that China is viewed as a threat by the US administration as seen in its National Security Strategy, we could expect more American involvement in the region to halt Chinese influence. For instance, the most recent Serbia-Kosovo agreement emphasized that “Both parties will prohibit the use of 5G equipment in their mobile communication networks, which is delivered by an unverified seller.” This was a direct referral to the Chinese company, Huawei, which has a strong presence in Serbia. Serbia is purchasing a modern Chinese air defense missile system despite US sanctions threat, and tested Chinese military drones in October. Instead of brandishing sticks, however, Washington offered carrots by opening a US International Development Finance Corporation (DFC) office in Belgrade to increase American investments and improve the region’s economy. No matter who wins in November, the DFC office is here to stay.

Today, it’s up to Serbian President Vucic to follow through on the commitments he made in the Washington agreement. The ball is in Serbia’s court, and the US will be closely monitoring President Vucic’s delicate balance between the EU, Russia, China and the US. Given the strained relations between Beijing and Washington, Serbia’s current nonaligned politics will not be acceptable to America.

Whether US democracy is in crisis is questionable, but democracy across the globe is certainly declining. A new report from Freedom House describes Serbia and Montenegro as “hybrid regimes” rather than democracies. The Trump administration sees US foreign policy towards the Balkans as purely transactional, and the admirable goal of democracy promotion is slowly fading in the US. Whether under Biden or Trump, the intensity of democracy promotion and fighting against authoritarian regimes in the Balkans will not change.

In terms of NATO enlargement, Trump has been critical of the alliance, arguing that many members do not spend enough on defense to fully meet their commitments under the agreement. In 2017, on the occasion of Montenegro’s NATO accession, he infamously warned that defending a tiny NATO ally like Montenegro could lead to World War III. Biden signaled that he would recommit to NATO and its allies. Biden should support Bosnia’s commitment to NATO though he needs to be careful that it might trigger a reaction from Moscow, which has been opposing NATO’s enlargement. Because a pro-Russian government is now in Montenegro (now a NATO member), Biden should work with European allies to make sure that Russia does not have access to sensitive NATO information. Serbia is unlikely to join “[…]Western structures anytime soon, and holding out hope for a massive change in the nation’s trajectory is naïve” as Luke Coffey and Daniel Kochis argue.

Given that the international liberal order is declining across the globe, nations in the Balkans cannot count on the US democracy promotion in the region as they did in the 1990s. Instead, countries should put their differences aside and find common ground, cooperating to avoid becoming collateral damage in Russia’s and China’s great power competition with the West.

(Ivana Stradner is Jeane Kirkpatrick Fellow at the American Enterprise Institute (AEI), where her research focuses on the intersection of international law and security)