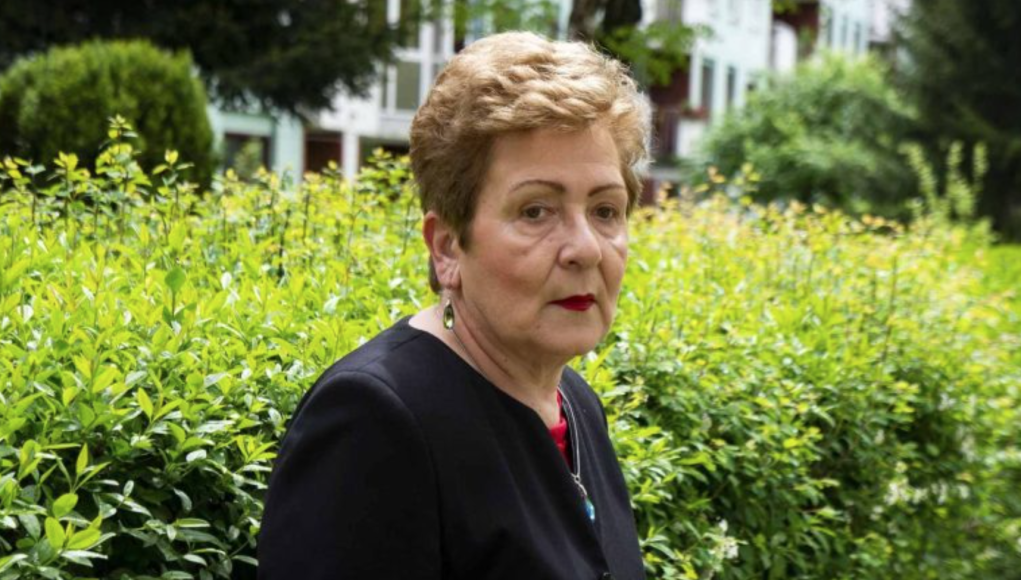 To Messrs. Borell, Einhorst, Sattler, Murphy, and all other international “mediators” on the one hand, and representatives of HDZ and SDA who give themselves the right to represent and negotiate on behalf of citizens on vital issues of survival of citizens of Bosnia and Herzegovina on the other: anything you conclude will NO PASARAN. We will defend our civil rights with all available means.

Gentlemen mediators, if you came with honest and sincere intentions to help build a civil BiH society, I would like to remind you of the international legal norms that apply in your countries, which are signatories to the Universal Declaration of Human Rights and the European Convention for the Protection of Human Rights and Fundamental Freedoms. I underscore that it is the constitutional political right of every citizen to participate with their vote in the constitution of government bodies through elections. The legislatures, as the broadest directly elected body representing citizens has the greatest legitimacy to debate, deliberate, and decide on matters of such importance.

According to the Universal Declaration of Human Rights, more precisely in accordance with.

Article 2 Everyone is entitled to all the rights and freedoms set forth in this Declaration, without distinction of any kind, such as race, colour, sex, language, religion, political or other opinion, national or social origin, property, birth or other status. Furthermore, no distinction shall be made on the basis of the political, jurisdictional or international status of the country or territory to which a person belongs, whether it be independent, trust, non-self-governing or under any other limitation of sovereignty.

Article 21 Everyone has the right to take part in the government of his country, directly or through freely chosen representatives. Everyone has the right of equal access to public service in his country. The will of the people shall be the basis of the authority of government; this will shall be expressed in periodic and genuine elections which shall be by universal and equal suffrage and shall be held by secret vote or by equivalent free voting procedures.

In accordance with the Convention for the Protection of Human Rights and Fundamental Freedoms, the enjoyment of the rights and freedoms set forth in this Convention shall be ensured without discrimination on any grounds such as sex, race, color, language, religion, political or other opinion, national or social origin, affiliation with a national minority, property status, birth or other status.

According to Article 3 of Protocol No. 1 to the Convention- The High Contracting Parties undertake to hold free elections at reasonable intervals by secret ballot, under conditions which will ensure the free expression of the opinion of the people in the choice of the legislature.

In accordance with Article 1 of Protocol No. 12- General prohibition of discrimination- The enjoyment of any right set forth by law shall be secured without discrimination on any ground such as sex, race, colour, language, religion, political or other opinion, national or social origin, association with a national minority, property, birth or other status. 2. No one shall be discriminated against by any public authority on any ground such as those mentioned in paragraph 1.

All these norms have already been violated by the Dayton Constitution, as determined by the European Court of Human Rights in Strasbourg in its judgment of 15 July 2014 in case no. 3681/06 Zornić v. Bosnia and Herzegovina. Therefore, it was to be expected that international mediators would support the implementation of the European Court of Human Rights ruling, and not, as is currently the case, represent the interests of ethnic parties in Bosnia and Herzegovina by advocating “legitimate representation of constituent peoples,” or even small ethnic group with inadequate capacity to participate in government in a ratio of 1: 3, all to the detriment of the citizens who are de jure constitution-makers in every democratic state. It is inadmissible and extremely undemocratic to propose an electoral system in a country with about 3 million inhabitants, according to which my vote would be worth 1/20th of what it would be in Široki Brijeg, were I to cast it in, for example, Tuzla. You, gentlemen, actually divide this country according to the ethnic principle, thus creating ethno-fiefdoms in which the lords of war and peace and life would be Čović, Izetbegović, and Dodik. Therefore, your actions produce instability and endanger peace in Bosnia and Herzegovina, which is further spreading through the entire region to the EU itself. By dividing Bosnia and Herzegovina, you are directly participating in the division of the entire region and the entire European Union. Are you gentlemen ready to carry that burden on your back?

The citizens of Bosnia and Herzegovina expect you to direct the negotiations towards the adoption of a civil constitution and, in accordance with that, the Election Law. If you are not able to do that, the citizens invite you to as honorable people, to withdraw from these negotiations and leave it to us to organize our state in accordance with the democratic principles that apply in the countries you come from. Do not allow that your actions confirm speculations that you are paid lobbyists of the HDZ of the Republic of Croatia, which has a centuries-old aspiration to parts of the territory of Bosnia and Herzegovina, as evidenced by the Tudjman-Milosevic agreement from Karađorđevo. So, gentlemen, the choice are yours! Either you are honorable and honest mediators who advocate true democracy as a principle on which the EU itself rests, or you are no better than paid lobbyists who do everything to satisfy the ethnocratic national fascist policy that divides the country deepens segregation and instead of a democratic and prosperous future leads Bosnia and Herzegovina to ruin and armed conflicts.